Join us as we walk through the meaning and symbolism of sunflowers.

Sunflowers glow with beauty from the fields and make wonderful cut flowers. They are iconic and timeless, and have been revered by cultures throughout the ages. The meaning of sunflowers spans from happiness to loyalty, adoration and friendship.

Sunflowers come in an array of color and each color has a unique meaning. They also have a rich cultural meaning that spans history. Many civilizations throughout time revere and give meaning to the sunflower, which makes the study of this flower quite intriguing.

We will first discuss the meaning of each sunflower color, then dive into the complex symbolism reflective of many cultures.

Learn about the parts of a sunflower here.

Common Sunflower Colors and Their Meanings

In general, sunflowers represent loyalty, adoration and happiness. Bold and bright, it’s no wonder they represent such cheer and optimism. In modern times, the meaning of the sunflower is further distinguished by it’s color.

While most of the time sunflowers are automatically associated with a yellow hue, they also come in a wide range of orange, red, pink, and even white and black.

Sunflowers also come in many different sizes and various shapes. Each sunflower has a slightly different meaning that corresponds with the color it is.

Yellow, red, orange, white and black, each sunflower color has a different meaning. Learn about them here.

The most common and easily recognizable color in a sunflower is the vibrant yellow.

This bright yellow color is associated with many meanings which include companionship, friendship, truth and reality, honor, happiness, and timelessness.

A gift of yellow sunflowers given to a friend can represent the long lasting and joyful qualities of the friendship. When given romantically they can represent a happy relationship that is based on truth and longevity.

Bright yellow dwarf sunflowers are an excellent cut flower that have a long vase life and make a beautiful bouquet.

The meaning of these flowers is slightly different. They have a strong association with warmth and heat as well as creativity, enthusiasm, intimacy, confidence, and optimistic energy.

This high energy flower attracts bees and butterflies and is a vibrant sunflower to plant near the garden.

Red Sunflowers are very unique and often have black outlined petals. Striking, to say the least! They come in many different shades, some of which are so dark that they are considered purple or black although they are technically still red.

This red coloring gives these sunflowers special meaning. They are symbols of power, energy, lust, passion, and vitality. They are also seen as particularly lucky and bringing good fortune, more so than the other color variants.

Red sunflowers are incredibly easy to grow from seed and attract bees and butterflies.

Pink Sunflowers are rarely seen but come in beautiful shades of blush and strawberry. They are sure to make an impression on anyone.

White is another unique sunflower color. These flowers are actually a very pale yellow, but the yellow color is so light that they are considered white.

The white coloring in these flowers is often a sign of purity and light. They are also a symbol of new longing, stability, and virtue. All sunflowers are associated with hope but white sunflowers are especially seen as a symbol of hope.

The rarest type of sunflower is the black sunflower. These are typically only grown by very experienced gardeners and it takes years of cross-pollination to achieve this unique color. Black sunflowers tend to have a very different meaning from the other colors.

The meaning of black sunflowers is mystery, depth, darkness, and rebirth. The only similarity with other sunflowers in its meaning is to the white sunflower, which has sometimes been used as a symbol of reincarnation.

The color and shape of the sunflower are both similar to the sun and they are well known for being the flower that follows the sun through the sky. However, there is much more to these beauties than appearance. Behind the allure is a rich and multifaceted history.

Sunflowers have a very unique and rich background in meaning and symbolism that comes from many different cultures across the world.

The four main cultures that sunflower symbolism comes from are the Greek, Chinese, Incan, and Native Americans. Each of these have their own ideas about what sunflowers mean and the symbolism that they carry.

The proper Latin name for a sunflower is Helianthus annuus. This comes from two Greek words: Helios, meaning sun and anthos, which means flower. This translates to the flower of the sun, or sunflower.

The Greeks view sunflowers through the myth of Clytie and Apollo. In this myth, Clytie was a Greek nymph who fell in love with Apollo, the sun god. Unfortunately for the nymph, Apollo loved a mortal named Leucothoe and did not care for Clytie.

Clytie told Leucothoe’s father about the relationship between Leucothoe and Apollo. The father was so angry that he had his daughter buried alive! Apollo then turned Clytie into a flower in revenge. However, even as a flower, Clytie still loved Apollo and every day would watch him drive his chariot across the sky.

This complicated drama is the Greek story which represents the way a sunflower follows the sun.

Because of this Greek myth sunflowers became known as a symbol for loyalty, adoration, and longing. They are also known as a symbol of light because of their physical appearance. During this time the Sunflower was also associated with the goddess of fertility and was gifted to women who were pregnant or trying to conceive.

In Chinese culture the Sunflower has a very different meaning. To the Chinese the sunflower is a symbol of life, happiness, good luck, longevity, and energy. It often is given to people when they are graduating or starting a new business as a sign of good luck and happiness.

The Chinese were not the only culture to believe that sunflowers were a sign of luck, although they used it as this symbol most commonly. Other cultures had many traditions regarding the luck that sunflowers could bring. They were often used as a symbol of protection from evil because they are associated with light and luck.

They would be planted in people’s front or back yard or in straight lines around a property to keep the people living there safe from evil. Another superstition around sunflowers was that if the oil, petals, or seeds were eaten in foods it would create a bond of loyalty between the people eating it.

The Inca people saw the sunflower as a symbol of power and representative of the sun god. They would bring sunflowers into their temple and the women often carried bunches of the flowers with them when they went on errands.

Incans also made gold ornaments and decorations in the shape of Sunflowers that were later found in temples and on the clothing of the priestesses.

On a more practical side, both the oil from the seeds and juice from the stems were used medicinally. The flowers were also used for seeds and food. Because of this sunflowers were a symbol of healing, yield, abundance, and reward for all of the benefits they brought.

Sunflowers also meant strength and endurance to Native Americans and seeds from the flowers were often spread over the graves of their dead. The bright and colorful nature of the flowers was seen as a sign of purity and beauty.

Sunflowers have held their place as a symbol of hope and peace for many generations, but they have secured this role more prominently in the last few decades. They were chosen in 1996 to be one of the many symbols of world peace, specifically in relation to nuclear warfare.

Sunflowers have an amazing ability to heal through their anatomical parts. Their deep roots have the ability to absorb toxic and radioactive elements from soil. This was one of the reasons that they are used as this symbol.

Sunflowers have been planted at many nuclear sites around the world including old missile bases and nuclear disaster sites such as the infamous Chernobyl. This amazing flowers helps reduce the amount of toxins in the ground and rejuvenate the surrounding environment. Because of this sunflowers are now seen as a symbol of peace and hope for the future.

Sunflowers have received meaning from so many different cultures, time periods, and other factors that the sheer amount of information they carry can be overwhelming.

Overall, the main message of hope and happiness prevails as the prominent message of this revered flower.

The sunflower is a symbol of the sun, and from that image emits light and warmth. This is reflected not only in the shape and color of the flower, but even from the name of sunflowers themselves.

They carry a meaning of happiness, life, love, good luck, and hope as a common theme throughout the eons that have created a strong and vibrant legacy around sunflowers. 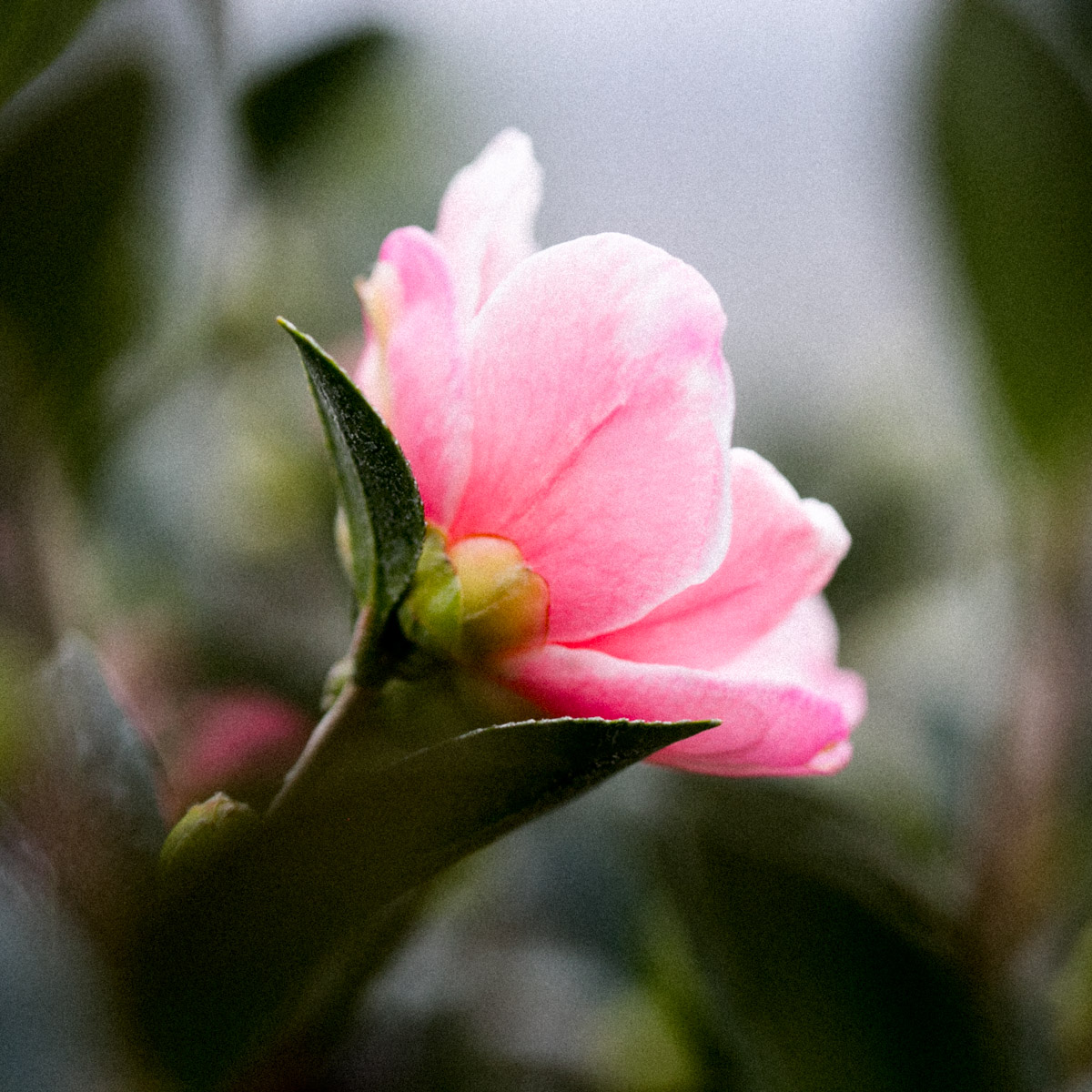 Join us as we learn how to plant a camellia today! Romantic and showy, camellia are flowering evergreen shrubs that bloom in late fall and early winter. Their bright flower buds grace the landscape when winter colors are monotonous and dreary. The billowy buds of camellias come in many colors and these large shrubs keep… 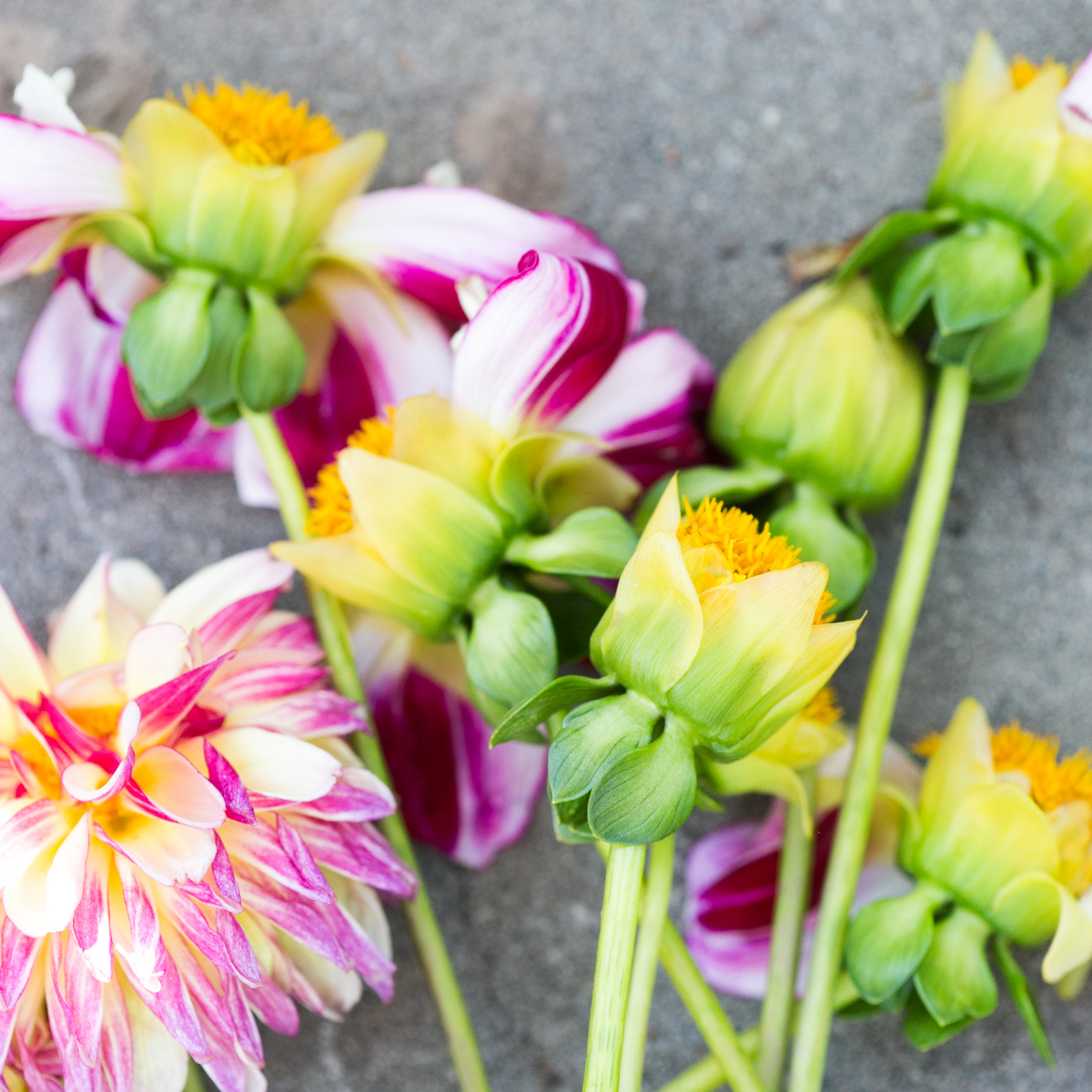 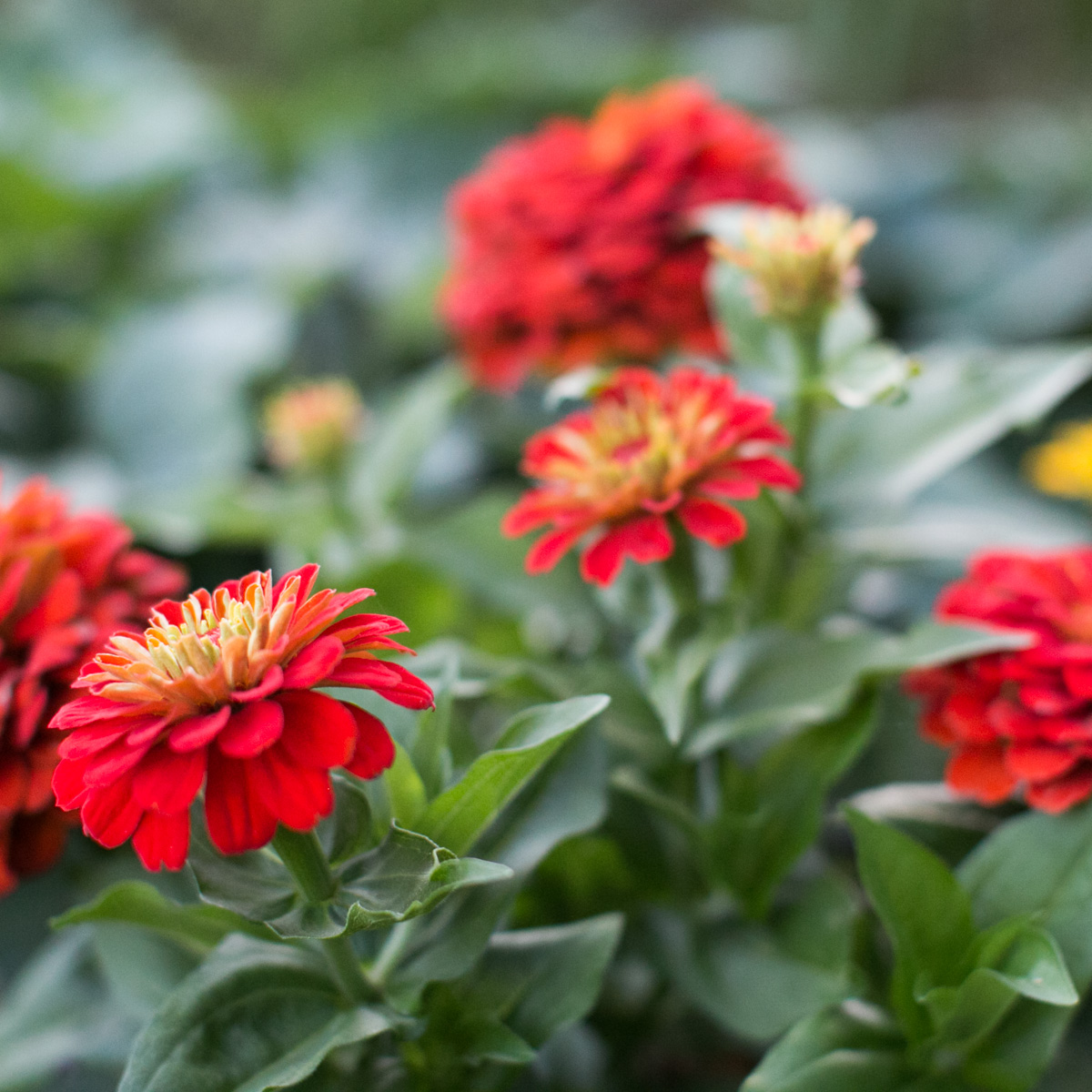 Bright perky hues and cheerful faces adorn easy to grow zinnia plants.  This popular annual thrives in full sun and brightens flower beds everywhere. But did you know that zinnias can grow in pots as well?  Zinnias are a sun loving bloomer that produce many flowers from July until the first frosts of late fall. My… 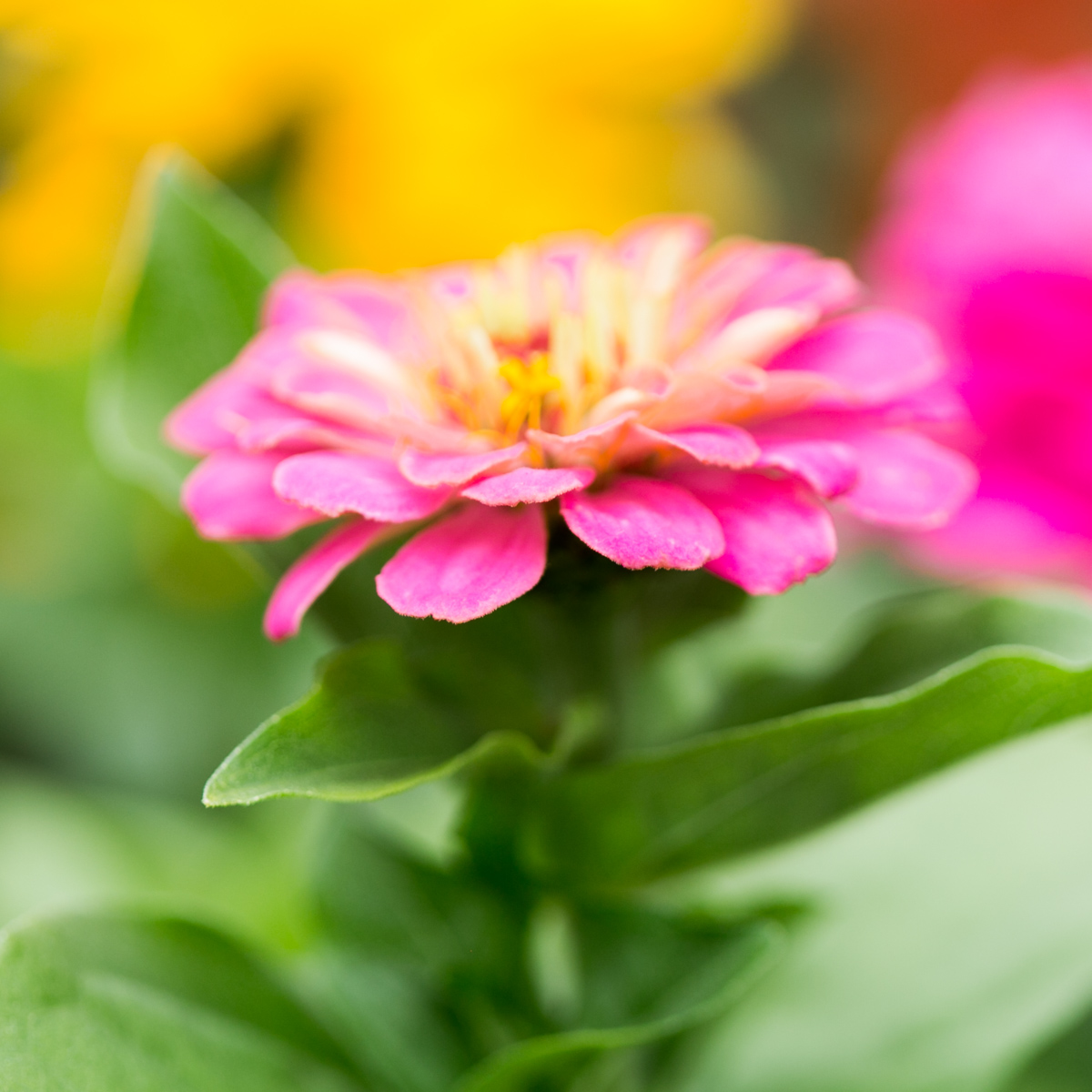 Are zinnias perennial? Bright and beautiful, zinnias may be the perfect cutting flower… but you may find yourself asking, will these lovely blooms be here next summer? Are you looking for a cheerful flower that packs a bold punch of color? A flower that is easy to grow for both children and grown ups alike?… 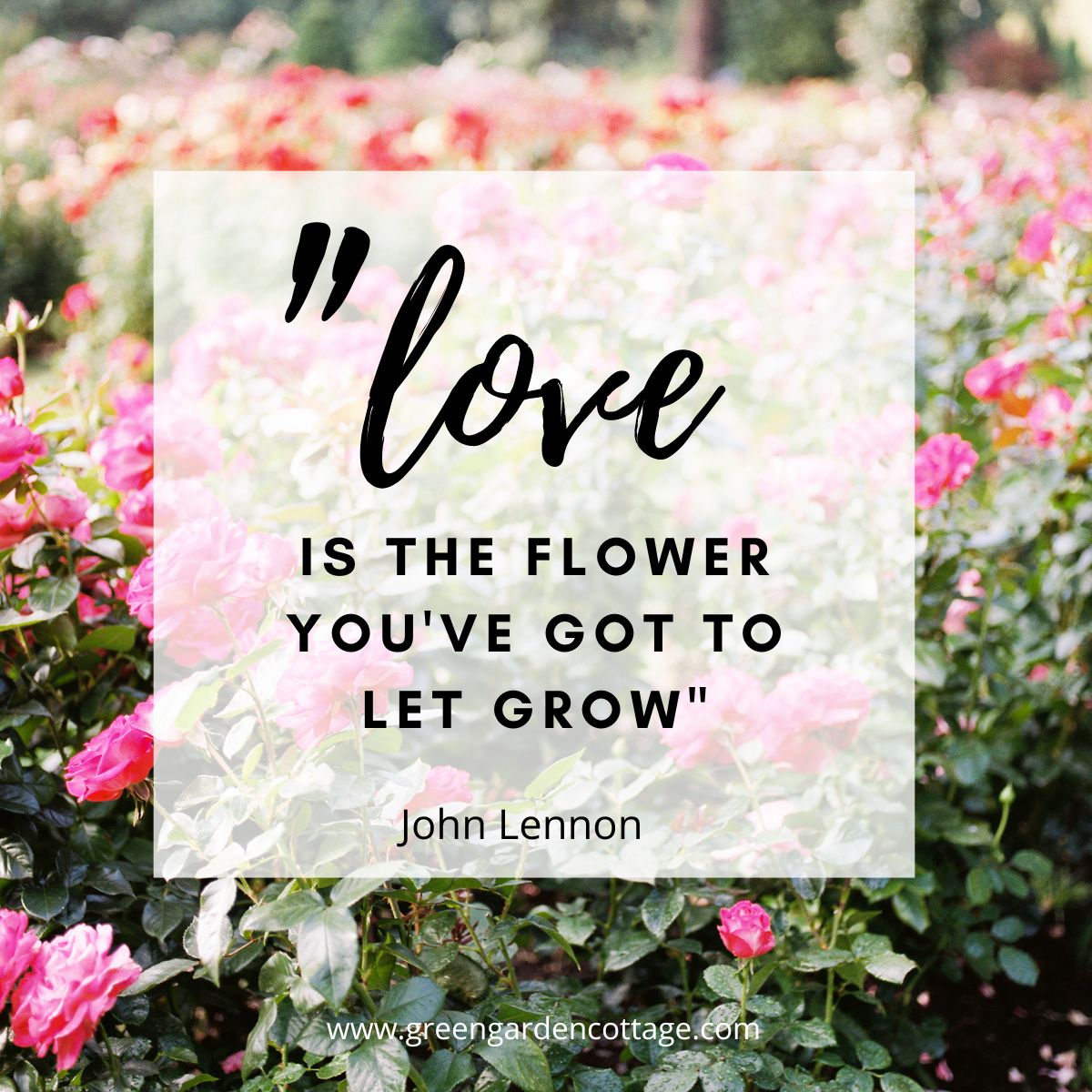 Flower quotes on inspiration, romance, and friendship… we are sharing the best floral inspired quotes with you here! Flower enthusiasts worldwide know that poetic words and beautiful flowers go together perfectly. Whether the sentiment is romantic, sympathetic, or inspirational, flowers are an easy way to express deep meaning. And coupling beautiful flowers with with just… 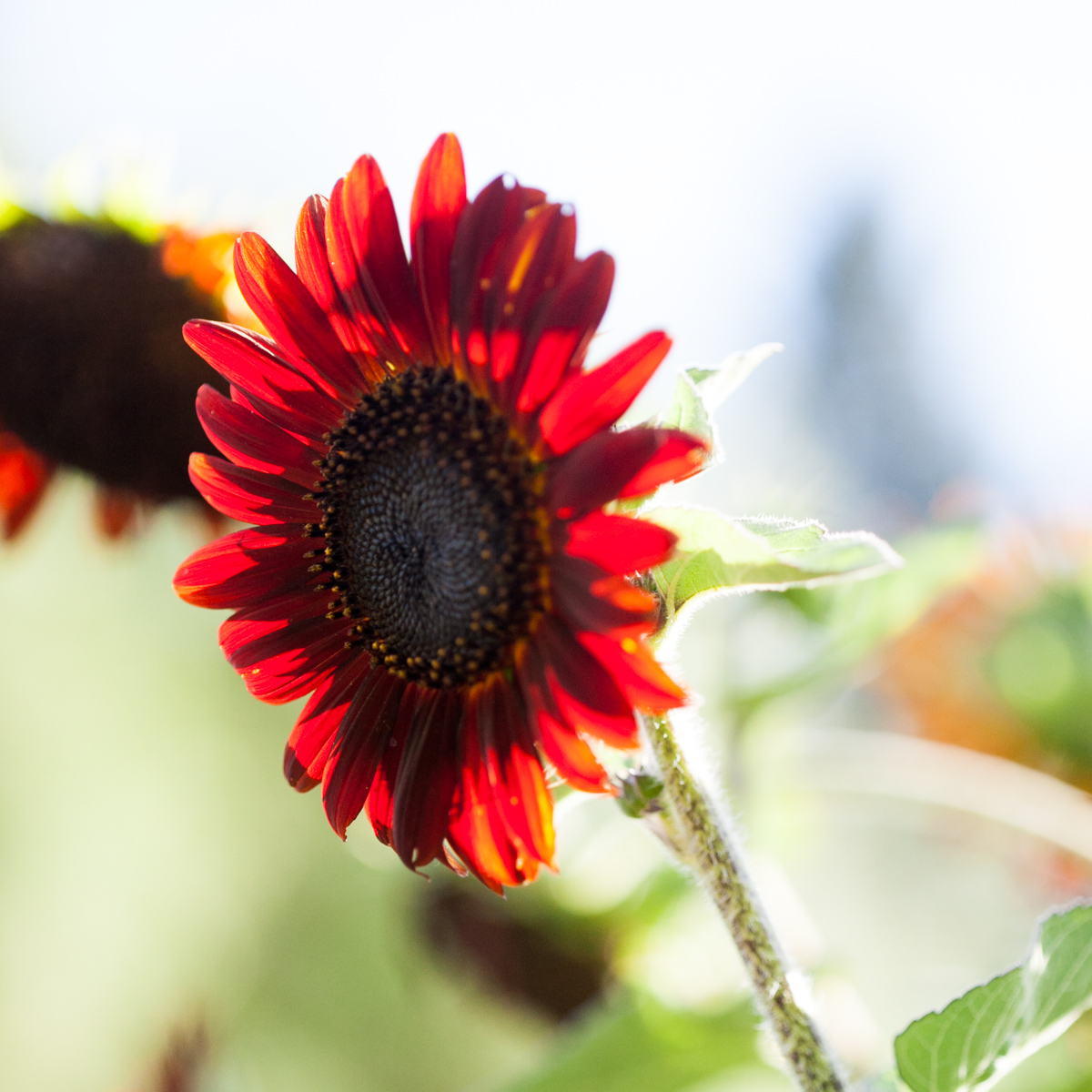 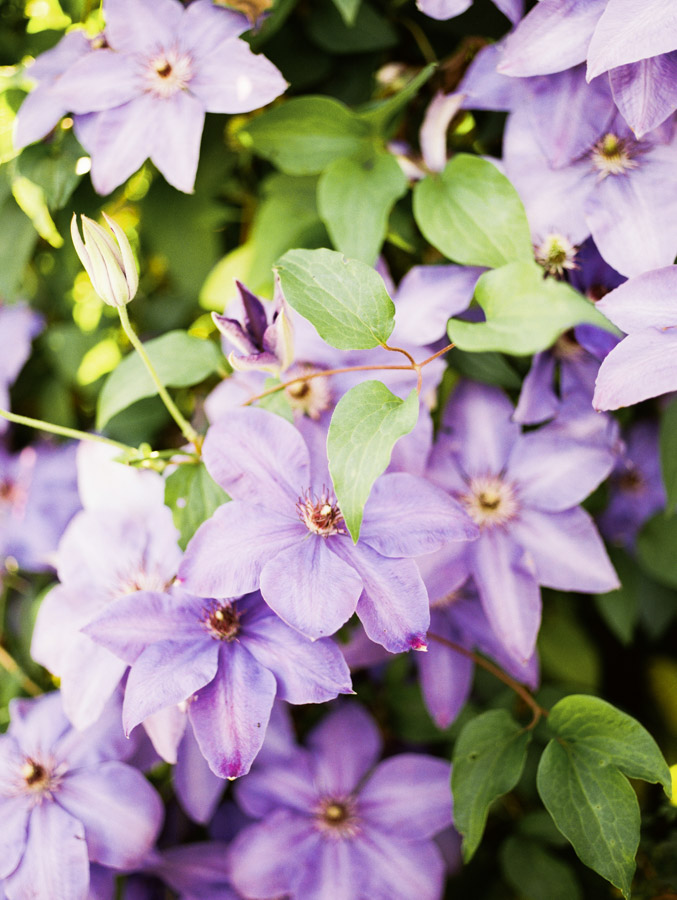 We are so happy you are here!

Walk through the garden gate and inhale deeply.  Hear the bees buzzing happily and let the living colors calm your mind.  Inhale and enjoy nature’s soothing balm of sweet scents.

What strange ambiance is this that soothes the mind and soul?  Nothing less than a flower garden! A reprieve from the modern world and a reflection of God’s goodness upon his creation.

If you can’t tell, we’re crazy about flowers around here.  From pink peonies to colorful snap dragons, dahlias tottering on stakes and fields of wildflowers.

At Green Garden Cottage, we believe that everyone should experience the joy of flower gardening.  In fact, we think it should be a family affair.  Uniting beauty with community, we encourage families to plant, garden, and grow together.

We are here to teach and encourage you to do just that.  We provide answers for common problems for flower gardeners, and encourage the new gardener to dig in and reap the floral rewards.

Whether you are planting your first johnny jump up or tending to a half acre of lush landscape, we are here to help.

And together, we’ll experience God’s soothing natural beauty one flower petal at a time.

Images on this website subject to copyright @ Green Garden Cottage